Sky HISTORY showcases how the past is alive and kicking: enthralling viewers with high-calibre factual entertainment. Sky HISTORY is one of the UK’s best-loved pay-TV brands, available on Sky and its NOW service, as well as on Virgin and TalkTalk.

Find out more at skyhistory.co.uk

Journey back in time with Sky HISTORY and Professor Alice Roberts to explore the catastrophic events that decimated ancient civilisations, prompted massive human migration and ultimately shaped the modern world. From wars and earthquakes to floods and famines, these devasting incidents are covered in the five-part series: Curse of the Ancients with Alice Roberts. Professor Alice Roberts (Digging for Britain, Britain’s Most Historic Towns) reveals how scientists are unearthing the evidence of cataclysmic past events and their disastrous consequences. While ancient societies couldn’t truly understand the causes of their plight and thought themselves cursed, the series determines the true reasons behind these occurrences by using modern science. 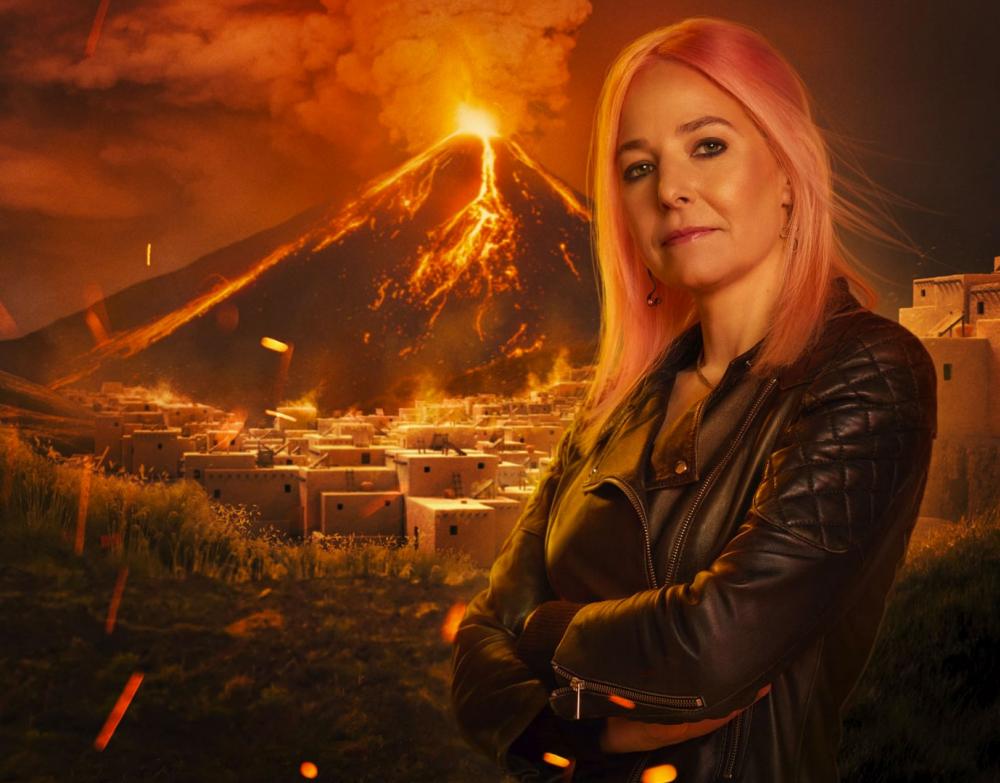 Sky HISTORY boasts the very best in class factual entertainment and innovative talent-led original programming. We create and share stories that matter so that our viewers can enjoy and understand the changing world we live in.

Royal Bastards: Rise of the Tudors

The origins of the Tudor dynasty told through the lens of Margaret Beaufort. Actors Sheila Atim, Philip Glenister and Sophie Rundle embody the warring houses of Lancaster, York and Tudor.

Al Murray: Why do the Brits Win Every War?

Al will be attempting to unpick the Great British psyche in a bid to understand whether we are helped or hindered by our illustrious military past and how our regular harking back to Britain’s glory days is viewed by our near neighbours.

The River Hunters are back for a third series. YouTube star Beau Ouimette, Rick Edwards and underwater archaeologist Gary Bankhead, use the latest in hi-tech underwater detection equipment to track down history’s lost items.