COSMO is a TV series, film, and entertainment channel. We are all about empowering women, and are one of the most recognised and loved pay-tv channels in Spain. COSMO is the home to internationally acclaimed shows such as The Newsreader or Call my Agent, and prestigious entertainment programs such as The Graham Norton Show or MasterChef, along with the blockbuster movies.

COSMO reaches more than 7 million households nationwide, available on all the leading pay-tv platforms in Spain (Movistar +, Vodafone TV, Orange TV, Agile TV, MásMóvil, Euskaltel, R, Virgin, Telecable, or Guuk). In addition, our viewers can enjoy the entire tv-series and their favourite shows from the first episode on COSMO ON, COSMO's on-demand service, which is available on all the key pay-tv platforms.

COSMO carries out impactful and innovative initiatives to promote inclusion, raise awareness of gender equality and give a voice to disadvantaged groups. Various awards have recognised our efforts.  The main initiatives are targeted at giving visibility to the LGBTQ community, raising awareness for women's rights (pay gap, glass ceiling...), fighting violence against women, and raising awareness of breast cancer (with the active participation in the sports festival "La Carrera de la Mujer" -''Women's Race Against Breast Cancer'').

Watch on all PPV platforms in Spain

COSMO ON is our on-demand service

COSMO premieres Expertos del experimento the 23rd of January at 9pm. A band of daring testers sets up spectacular experiments to debunk received ideas and demystify or confirm popular beliefs.

Installed in a hangar-laboratory, Agathe Lecaron, Vincent Chatelain, David Lowe and James the mannequin use both laboratory resources and life-size tests that they will do it themselves. The testers never leave a subject unresolved, each experiment provides a concrete scientific explanation, enriched with infographics or 3D images. 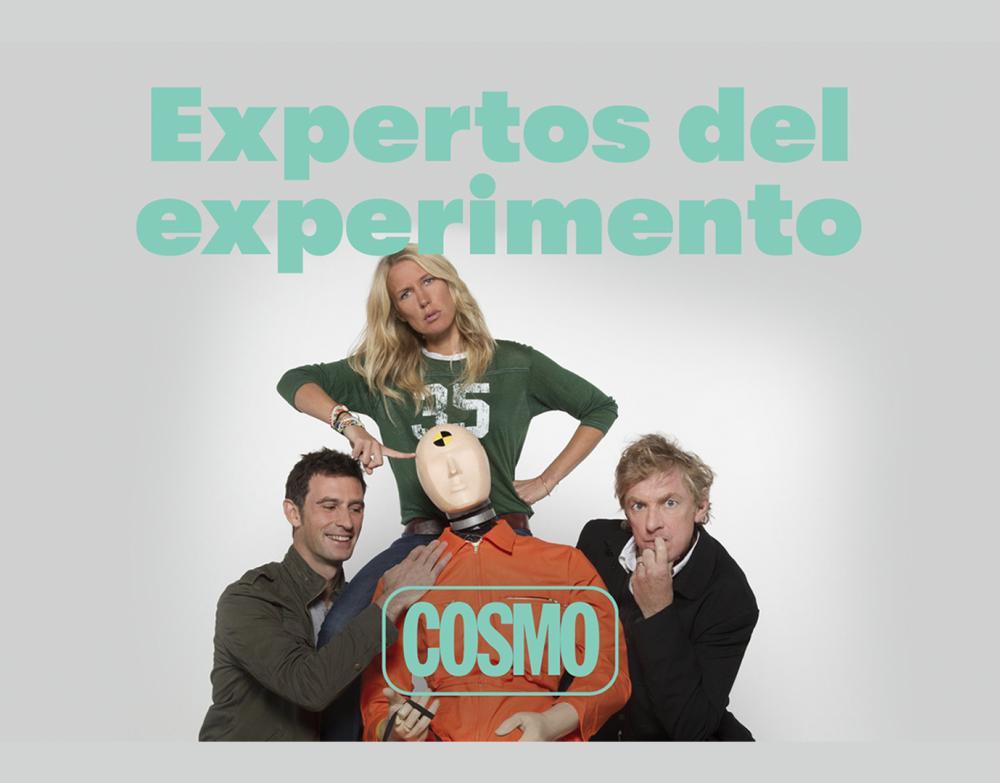 Irish comedian Graham Norton hosts his very own chat show, which includes chatting to A-list celebrities, the very famous Red Chair game, live music, lots of jokes and fun from Graham and the celebrities themselves.

After the icy Fermont and the concrete of the Château Frontenac, the third season of The Wall takes us to the fictional town of Applegrove in Canada, near the American border and the majestic abbey of Saint-Benoît-du-Lac.

Gordon Ramsay returns with 18 new chefs ready to battle it out for the head chef position at his Atlantic City restaurant.

This critically acclaimed Australian series narrates the busy life of a commercial TV newsroom in the 1980s.