The HISTORY Channel in Africa, is a premium channel for historical storytelling. The brand’s slate of original international programming features some of the biggest Hollywood stars. This includes the documentary series Great Escapes with Morgan Freeman, History’s Greatest Mysteries narrated by Laurence Fishburne and The UnXplained hosted by fan favourite William Shatner.

The HISTORY Channel in Africa has worked with local big names including the likes of human rights lawyer George Bizos and football legend Lucas Radebe – who was the face of the History of Football pop-up channel on DStv. In marking 100 years since the end of WWI, the channel also staged another dedicated pop-up channel on DStv, 100 Years of War.

555K Compact Plus & premium subscribers tuning in each month

Famous jailbreaks remain the stuff of legend as their true stories are often untold or often embellished. Now, with dramatic recreations, dynamic storytelling and cutting-edge visual effects, escapes from prisons like Alcatraz will come to life in graphic detail in the new nonfiction series Great Escapes with Morgan Freeman. Hosted by the Academy Award® winner, each episode will unearth every step of an inmate’s meticulous plan, the escape route and the intense manhunt that immediately followed. 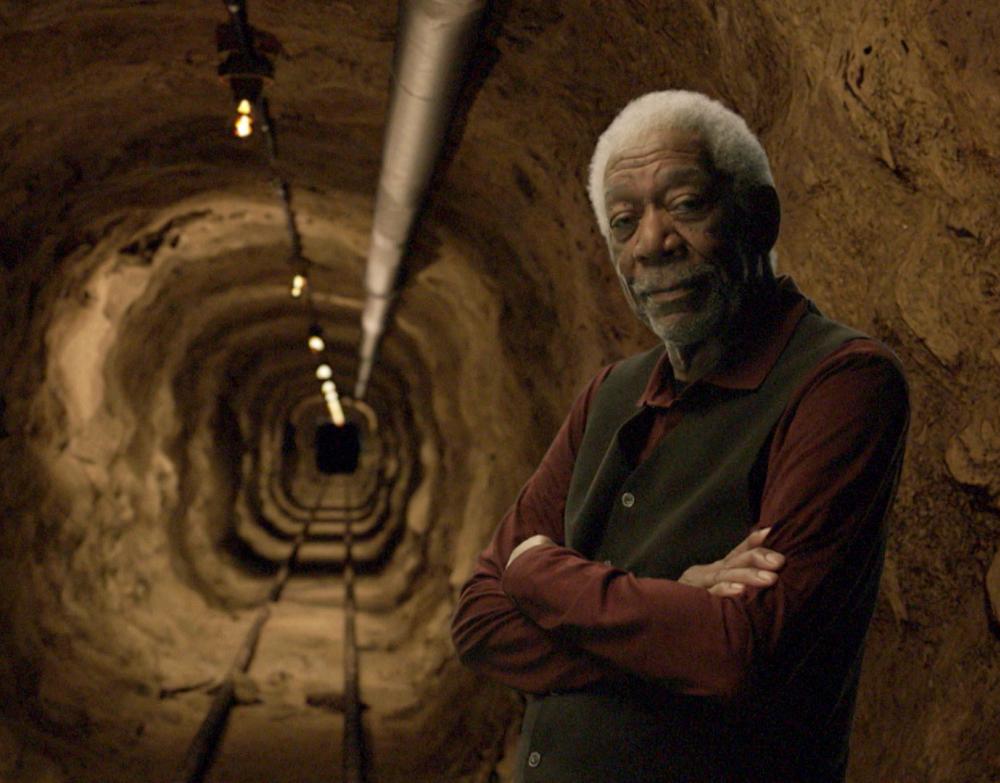 The HISTORY Channel in Africa has increasingly gained a local voice by including top-quality local content such as the documentary "Your People My People," which took four South Africans on a quest to trace their ancestry. The series was also nominated for a South African Film and Television Award. Another local documentary, 'The History of Football in Africa,' explored the origins of the beautiful game on the African continent. In addition, locally produced short-form content celebrates historically significant local figures. It records African stories, most recently through the Great African Escapes series and Africa's Greatest Mysteries shorts.
The HISTORY Channel is available across Africa on DStv 186, YouTube, and social media.

Ross Kemp will set out to explore the most stunning shipwrecks the UK has to offer.

The Proof Is Out There

Analysis of the most mysterious videos & photos using the best technology and experts to render a credible verdict.

An estimated 400,000 numbers were tattooed in Auschwitz and its sub-camps; only some several thousand survivors are still alive today.

The series follows the fiercely proud “Swampers” during the alligator hunting season as they battle Hurricanes, heatwaves, and dangerous sinkholes.

The documentary series takes a deeper look into the stories, people and events that have transformed the world of comic books.